Skip to content
May 2019: The Granville bridge needs all the help it can get

Op-ed: The Granville bridge needs all the help it can get

A greenway along the middle of the bridge is one proposal being considered by the City of Vancouver.

If you like living life on the edge — if you’re the kind of person who skydives or rock climbs on the weekends, perhaps — then the Granville Street Bridge might be for you.

Right now, crossing the bridge on foot or bike is a death-defying feat. Traffic whizzes past the narrow sidewalks that have no barriers on one side and a vertigo-inducing drop down to Granville Island on the other, and spits out at two faded crosswalks across three lanes of traffic on the downtown side. 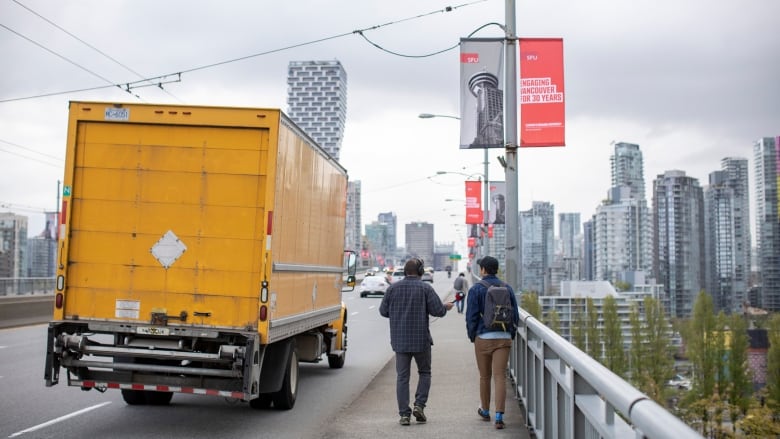 There are no bike lanes, so cyclists are stuck between using the sidewalk or the car lanes. Neither choice makes them popular with others.

In fact, Google Maps doesn’t even recognize the Granville bridge as a bike route at all — when I punch in a route, standing at one end of the bridge, my map directs me to make a U-turn and take the Burrard Street Bridge instead.